Kanazawa is the capital and largest city of Ishikawa Prefecture, with other major cities including Hakusan, Komatsu, and Kaga. Ishikawa is located on the Sea of Japan coast and features the most of the Noto Peninsula which forms Toyama Bay, one of the largest bays in Japan. Ishikawa Prefecture is part of the historic Hokuriku region and formerly an important populated center that contained some of the wealthiest han (domains) of the Japanese feudal era. Ishikawa Prefecture is home to Kanazawa Castle, Kenroku-en one of the Three Great Gardens of Japan, Nyotaimori ("body sushi"), and Kutani ware. 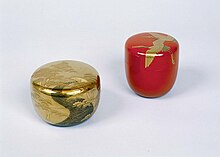 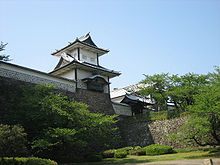 The area is noted for arts and crafts and other cultural traditions:

Unfortunately no accommodations were found.

Unfortunately no tours were found.

Unfortunately no cruises were found.

Unfortunately no car rentals were found.


x
x
Clicking on the "accept" button helps us decide on the product to be shown to you inside or outside of our site and to measure the target audience visiting our websites and to like or share the things you want directly on social media.
You agree to the use of analytical cookies (cookies used to learn about the use of the website and to improve our site and services) and tracking cookies (from both tourismagency.net and other trusted partners).
.
SettingsAcceptDecline

This website uses cookies to improve your experience while you navigate through the website. Out of these, the cookies that are categorized as necessary are stored on your browser as they are essential for the working of basic functionalities of the website. We also use third-party cookies that help us analyze and understand how you use this website. These cookies will be stored in your browser only with your consent. You also have the option to opt-out of these cookies. But opting out of some of these cookies may affect your browsing experience.
Necessary Always Enabled

Any cookies that may not be particularly necessary for the website to function and is used specifically to collect user personal data via analytics, ads, other embedded contents are termed as non-necessary cookies. It is mandatory to procure user consent prior to running these cookies on your website.